A lifestyle blog about achieving balance in your everyday life. 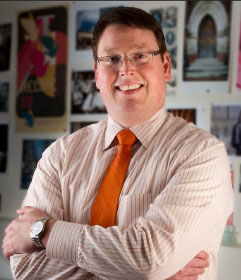 Welcome! Thank you for visiting my lifestyle blog about achieving balance in your everyday life. I am passionate about helping people understand the value of their time and how they can accomplish more in less time through intentional thinking or through delegating tasks to a company like TaskPro. Either way, it’s important to find a way to be still, be free, be content and enjoy the important things in life like friends and family. I’m here to help and to be a resource for how you can achieve this.

Not finding what you’re looking for? Type in a keyword or phrase to search our blog.

A dear friend from school, Tricia, played volleyball at Grant High School. I would line judge for the team when she played back in the 90s, and we remained connected over the years. She unknowingly helped me overcome significant challenges with my mental health when I started college in 1994.

A few weekends ago, my friend invited me to her daughter’s high school tournament which was played locally. I was so exhilarated by the competitive nature of the girls, that I traveled out of town to their last JV volleyball tournament for the season.

These girls are determined, competitive, and like all of us, they can lose confidence quickly. I’ve never seen a sport where the momentum changes so quickly. A failed serve or a timeout can take a team from a score of 15-4 to 15-15. On the flip side, a team can dominate the first set, struggle in the second, and then return in the third to win the match.

I hadn’t felt the rush from team sports since my brother died in 2014. My brother Chad and I shared an enthusiasm for the same teams. It’s been hard, so I haven’t watched sporting events since his passing.

It felt so nice to feel my hands shake and get sweaty as I excitedly watched volley after volley.

Watching these kids time after time pick themselves and their teammates up and shift the momentum back in their favor, was amazing and inspiring.

The girls lost in the finals during both tournaments, but that didn’t matter. They worked so hard, and I could see the pride in their faces when it was over.

As I reflected on my day with these kids, though, I had a realization. What separates wins from losses, is often more about our ability to be resilient than our actual skill or aptitude. Can we recover from mistakes quickly so that we don’t lose momentum? Or do we dwell on the error?

During the match, I was talking to my friend, and she mentioned that the girls get mad when they make mistakes and they don’t realize that it is normal to miss serves, set low, and spike into the net. Instead of getting down on themselves, she said, they should come back and hit harder.

When she shared that thought, a light bulb went off and I’ve been thinking about it since. Are these kids really any different than the rest of us? What is the one constant thing that gets in our way of “winning”? It is usually our mindset. It is our ability to recover after making mistakes. We are all going to mess up and do so with some regularity.

When I was playing little league as a young boy and made mistakes, even if our team won, I penalized myself by not getting ice cream. Later in life this came back to haunt me as my anxiety disorder would often lead me to ‘end of the world scenarios’ when things didn’t go as planned. I found myself throwing in the towel early – and often – when life got hard.

I’m sure we can all relate to giving up when something doesn’t go our way. These girls taught me a valuable lesson: never give up, because momentum can shift in a heartbeat.

The best part, though, were the smiles on the girl’s faces when they left the court knowing they had given it their all, that the fans supported them no matter what, and that they were bonding with their beloved teammates in ways that they will never forget.

Wins and losses don’t matter if you are trying hard and putting your all into it, but we should still be mindful of the importance our mindset plays in all this. Let’s not give up before the game is over. If you do get down on yourself, no worries. You can bounce back. Life is a pendulum, and everybody has ups and downs. No matter the circumstances, we can always regain the momentum by shifting our perspective to being energetic, enthusiastic, and positive.

Thank you, 2018 Grant High School JV Girls Volleyball, for helping me find the thrill of competition again and for teaching me a valuable life lesson.